Schedule: Mon to Sat.. 10am to 2pm
Book an Appointment 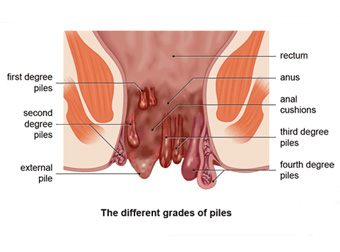 The exact cause of symptomatic haemorrhoids is unknown. Multiple factors play role in development of piles. These include